Chalapathi Rao wife was Indumaty Rao, with whom he was married for several years.

The veteran south actor was known for his comedy roles in Telegu cinema. However, he also portrayed villainous roles in several movies, which were well-received by the viewers.

Rao was born in Baliparru, Madras Presidency, British India, currently in Andhra Pradesh, India, on May 8, 1944.

He was known for acting in over 600 Tollywood movies and was one of the well-respected figures in the Telegu cinema industry.

One of his earliest movie credits is in the 1966 movie Gudachari 116. His most recent film was Nannu Dochukunduvate, Vinaya Vidheya Rama, Ruler, Johaar, Aaradugula Bullet, and Bangarraju.

He was also seen in the 2020 ZEE5 web series Chadarangam as Guru Murthy.

Who Is Chalapathi Rao Wife Indumaty?

Chalapathi Rao married Indumaty, his wife and mother of his three children.

Indumaty was the wife of the late actor Chalapathi Rao, known for acting in hundreds of Telegu movies. Despite being the well-renowned Tollywood actor’s wife, Indumaty maintained a distance from the limelight.

There is significantly less information about the details of Rao’s wife. According to some resources, Indumaty passed away several years earlier due to a tragic accident. Reportedly, her saree accidentally caught fire, and she was rushed to the hospital after enduring heavy burns on her body.

Indumaty succumbed to her injuries three days later in the hospital. Her husband, veteran actor Chalapathi Rao reportedly did not marry again after the demise of his beloved wife.

Read More: Tunisha Sharma Death And Obituary: Why Did She Suicide?

Chalapathi Rao and his wife Indumaty were the parents of three children: a son and two daughters.

His son Ravi Babu is also a Tollywood actor. He followed in his father’s footsteps and joined the Telegu cinema industry.

He has starred in over 75 films and directed 15 movies. Apart from Telegu, Babu has acted in a couple of Tamil and Kannada films.

The actor-director has been credited as a director in almost all movies produced under the Flying Frogs banner.

He has also acted in some of them. In addition, he has written and directed advertisement campaigns for Celkon phones, with famous actress Tamannaah as the face of the brand.

Also, he created an advertising campaign for N. Chandrababu Naidu, the CM of Andhra Pradesh.

According to sources, Chalapathi Rao’s two daughters and Ravi Babu’s sisters are settled in the United States.

Unfortunately, there is not much information about them on the internet. Nevertheless, they are reportedly on their way to India for the last rites of their late father.

Chalapathi Rao, a veteran Tollywood actor with over 600 film credits, passed away on December 25, 2022, aged 78. He died of a heart attack.

Rao’s body will be kept at Ravi Babu’s residence for well-wishers and fans to pay their respects.

Condolences on his passing have poured all over social media from people related to Tollywood and Bollywood cinema.

The veteran actor is among several Tollywood actors who passed away in 2022, including Krishnam Raju, Krishna, and Kaikala Satyanarayanan. Chalapati Rao will be dearly missed. Rest easy, Legend.

More From The Author: Tunisha Sharma Parents And Family: Meet Her Mother Vanita Sharma And Father

Ciarán Hinds wife Hélène Patarot also holds a celebrity status like him. The power couple met on the shooting set, and their association leveled up to a husband-and-wife relationship. He is a famous Actor whose noterioty has boosted with various screen and stage roles, from starting his career steps in 1975. He was named number…

Does Tim Allen have a podcast? Learn more to know about the podcasts he has performed and starred in. Tim Allen has done it all, from portraying Santa Claus in a trilogy of well-liked holiday films to voicing a space ranger action figure in “Toy Story.”  He has written two New York Times bestsellers and… 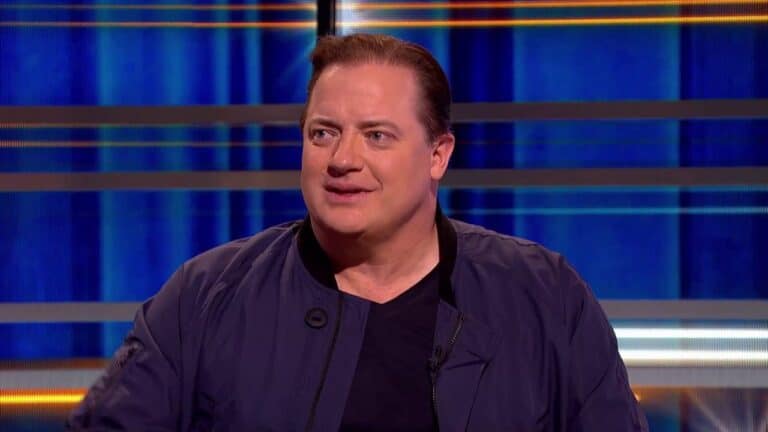 Is Brendan Fraser arrested recently? People are curious to learn more about the news of abuse behind Fraser. Fraser is known for many leading roles in comedy and dramatic films, and he came into the limelight after the first breakthrough in Encino Man comedy film in 1992. Fraser was a Cornish College of the Arts graduate in…

People want to know about James Gunn kids and family details. Does James Gunn have kids? Let’s explore more on this hot topic. American Actor and director James Francis Gunn Jr. Midway through the 1990s, he started working as a screenwriter, writing Tromeo and Juliet for Troma Entertainment (1997). He started directing, first with the…