Niyah is reported to be Notti Osama’s girlfriend. Ethan Reyes, aka Notti Osama, was an aspiring drill rapper based in Yonkers, New York.

Notti Osama was fatally stabbed with a knife by a rival adolescent.

The crime occurred at a Manhattan subway station. The incident has gained international attention.

As a result, many questions surround Ethan Reyes’ personal and professional life. Thus, here is everything we know about the young rapper, including his girlfriend, family, siblings, and net worth.

Niyah is reported to be Notti Osama’s girlfriend.

Given that Ethan Reyes was a teen rapper who just began his career, there is scanty information about his love life. However, the rapper and his girlfriend might have met through their friend circle or at school.

Notti Osama’s girlfriend came into the limelight after he was murdered. Thus, the media has not got any sight of Niyah.

Notti Osama Stabbing Incident Details: Who Was Charged With His Murder

At 3 pm on 9 July 2022, Notti Osama was stabbed at the 137th Street/City College subway station after he got into a fight with a 15-year-old rival.

He was pronounced dead at Mount Sinai Morningside hospital. The motive behind the murder has not been confirmed. However, it appears to be related to musical rivalry. Drill music involves publicly insulting and calling out rivals.

Cops have arrested Notti Osama’s 15-year-old rival over the incident. Initially, a second-degree murder charge was accused. But the prosecutors discovered Osama and his friends had cornered the 15-year-old and confronted him with a broomstick.

The accused stabbed Ethan while attempting to flee. Due to this, the charges were brought to first-degree manslaughter. Furthermore, Police discovered the knife and the broomstick at the scene and noted that Cameras were used to record the incident.

The name and identity of the accused are unknown. The accused was taken to the hospital for treating stab wounds.

Tributes began pouring in after the public learned about the tragic death. While some took social media to express their sorrow, others held candlelight memorials in Manhattan. For the funeral, Ethan’s friend also launched a GoFundMe page.

As mentioned above, Notti Osama was an aspiring rapper who was murdered. He had recently released images of his new single named “Without You” with one of his brothers.

He was the youngest of his parents’ six children, reports The Sun. The name and other details of Ethan Reyes’ parents are still confidential. In addition, he was in the early stage of his career. Thus, there are no details related to his professional career as well.

Notti Osama’s brother’s name is DD Osama. He posted a tribute to him on social media platforms.

His cousin, Lily Ortega, reportedly called him a happy and loving child.

Notti Osama’s parents and relatives must still be in shock. Let’s hope they will find the strength to cope with the tragic loss.

According to Glassdoor, rappers in New York City earn around $44,845 as their annual average income. But, the earnings must depend on many other factors like the artist’s experience, talent, and work’s commercial success.

The rapper seems to have earned a significant sum with his works. We can spot Notti Osama posting photos and videos holding a bundle of money.

So, we can consider that he was doing well in his professional career. Tragically, he passed away. We wish Notti Osama peace wherever he is.

Read More About: What Happened To Jefferson White’s Hair? Health Update, Where Is He Now?

Many people are curious to learn about Notti Osama Murder, so let us look at what happened.  Ethan Reyes, known by his rap name Notti Osama, was 14 years old at the time of his death. Likewise, he is a Yonker-based rapper. Notti was the youngest among his five elder siblings. His new single, Without…

People are searching for Lil Scrappy Kids as the rapper and his wife have given birth to a baby girl. Darryl Raynard Richardson III, also known as Lil Scrappy, is an American rapper. Lil Jon, a producer and singer found Richardson while playing at an Atlanta pub.  Lil Scrappy, along with labelmates Trillville, was one… 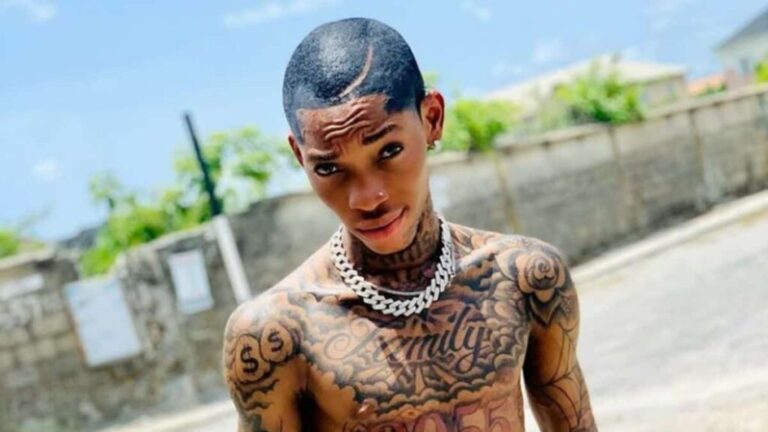