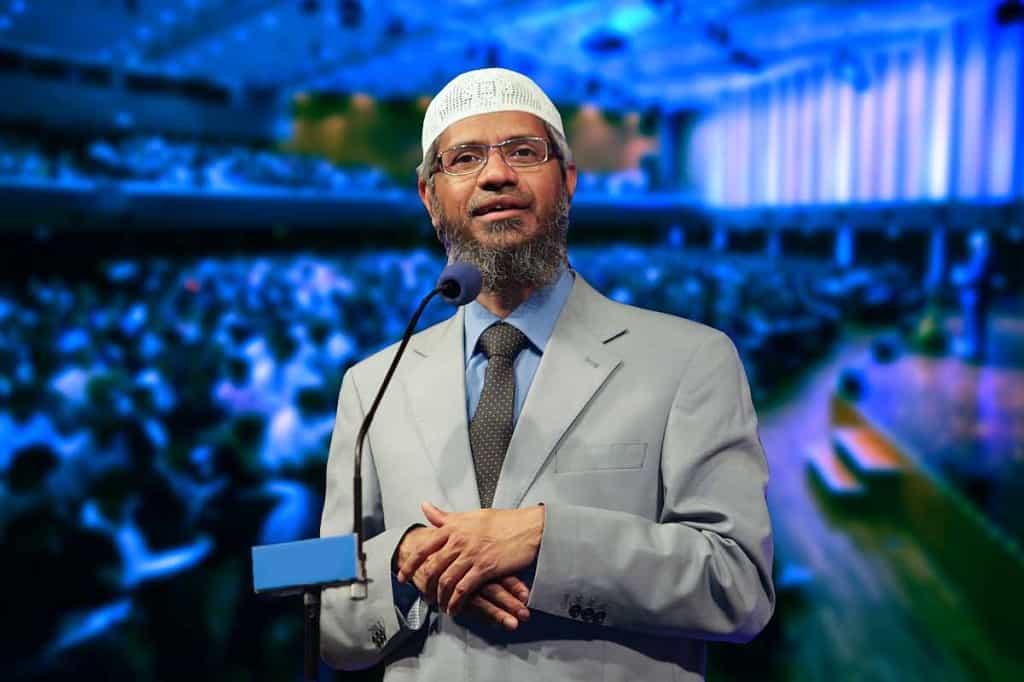 Indian Islamic televangelist Zakir Naik Controversy is captivating the attention of the netizens after the host invited him to deliver lectures preaching Islam ahead of the FIFA World Cup 2022 despite his money laundering case and hate speech.

Zakir Abdul Karim Naik, also known as Zakir Naik, is the founder and president of the Islamic Research Foundation (IRF) and the Peace TV Network.

Nail is a renowned Indian Islamic televangelist and public orator who focuses on comparative religion.

Peace TV is banned in India, Bangladesh, Canada, Sri Lanka, and the United Kingdom. The founder claims his platform is a “halal” version of Netflix.

Later, Zakir obtained a Bachelor of Medicine and Surgery (MBBS) from the University of Mumbai.

According to BBC, the IRF founder promotes a radical form of Islam on the channel Peace TV. It is banned in India but has an estimated 200 million viewers worldwide.

Sources revealed Naik, who lives in exile, is accused of acquiring $28m (£21m) worth of criminal assets. However, he denies it.

In 2016, Indian authorities charged Naik for money laundering while abroad in Malaysia; Naik did not return to India and became a citizen of Malaysia.

In 1991 he started working in the field of dawah. He founded the Islamic International School in Mumbai and the United Islamic Aid, which provides scholarships to underprivileged Muslim youth.

Naik launched Al Hidaayah, which provides educational content about Islam. Moreover, the platform has thousands of hours of videos of more than 40 renowned Islamic speakers from all over the world, including Ahmed Deedat, Yusuf Estes, Hussein Ye, and Bilal Philips.

In April 2000, Naik debated with William Campbell in Chicago on “The Qur’an and the Bible: In the Light of Science,” one of his most-cited debates.

On 21 January 2006, the public orator held an inter-religious dialogue with Ravi Shankar in Bangalore about the concept of God in Islam and Hinduism.

Indian authorities have also accused him of spreading hate speech and inciting terrorism.

Zakir claims Islam is a religion of reason and logic, and the Quran contains 1000 verses relating to science, which he says explains the number of Western converts.

Indian Islamic televangelist does not claim to be an adherent of a particular school of thought in Islam. Despite his denials, some people believe his views and ideology are similar to Salafis.

Zakir’s Peace Tv founder is accused of inspiring one of the shooters behind a 2016 deadly attack on the Holey Artisan cafe in Dhaka, where 22 people lost their lives.

According to sources, the National Investigation Agency unsuccessfully attempted to issue an Interpol red notice for his arrest due to insufficient evidence.

Zakir said in 2006 that he was inspired by Ahmed Deedat, an Islamic preacher whom he met in 1987.

India’s Enforcement Directorate (ED), which investigates financial crimes, filed the charges against Zakir in a court in Mumbai in 2019.

His wife, Farhat Naik, is the president of the women’s section of the Islamic Research Foundation (IRF). He established United Islamic Aid, which provides scholarships to Muslim youth.

Anthropologist Thomas Blom Hansen has written that Naik’s style of memorizing the Quran and Hadith literature in various languages, and his related missionary activity, have made him extremely popular in Muslim circles.