Home 20 Most Expensive Restaurant In The World
TTop List

20 Most Expensive Restaurant In The World

Let’s check out the 20 Most Expensive Restaurants In The World !!

For many individuals, dining out is about much more than just enjoying some delicious cuisine.

It is also about having a culinary experience, and people are, therefore, prepared to pay a premium for it.

Similarly, the reasons that contribute to the high cost of these meals can be the dining atmosphere, the quality or rarity of the ingredients, the chef’s abilities, the novel methods employed, and many more.

If you enjoy eating, have some extra money to spend, and want to know about the most expensive restaurants in the world, then you’ve come to the right place!

The restaurants and their costs listed below are gathered from different websites, including Luxhabitat, Money Inc, and Michelin Guide.

Itha Undersea, as the name implies, welcomes customers, to dine while enjoying a magnificent view of the sea and its marine life.

The cost of dining at this restaurant fluctuates; however, the lunch menu here begins at $120 per person.

Yoshihiro Nariswa is the chef and owner of this restaurant. Narisawa has two Michelin stars and is ranked 19th on our list of the world’s most expensive restaurants.

Chef Narisawa has developed his own interpretation of Japanese food bringing together his European experience with delectable ingredients and culinary techniques.

Likewise, Narisawa provides its clients with some of the most creative food available, customized to the season and day. When stopping by for lunch, though, expect to pay $255.

Alain Ducasse is in the 18th position on our list of the most expensive restaurants in the world. This restaurant is led by chef Jean-Philippe Blondet and it also has a three-star Michelin.

Furthermore, this restaurant serves the best of modern French cuisine.

It is well known for providing its customers with an exquisite and comfortable setting at the cost of $230 per person.

And, this restaurant gives you the option of three distinct dining rooms. In this regard, the ‘Table Lumiere’ is the perfect place to enjoy your exquisite dining experience as it is encased in a luminous veil of 4,500 gleaming fiber optics.

The nine-course tasting menu at Osteria Francescana costs $250 per person.

In addition, if you combine the wine pairing with the course, it will cost you $420 in total. They claim that their kitchen is a representation of the Italian countryside and their dedication.

This restaurant is led by Chef Massimo Bottura, who wishes to test the limits of traditional Italian food.

He wants to accomplish this by providing delicious food in the most innovative way to their clients.

Therefore, the Adriatic chowder is one example of a menu item that includes delectable delicacies such as sea snails, razor clams, and blue lobster.

This is a three-Michelin-starred restaurant that was ranked as the world’s second finest restaurant in 2018.

Similarly, their traditional menu also includes various appetizers, one of which has a paper globe that unfolds to reveal five canapés with five distinct country tastes.

The Roca brothers believe that anything can be comprehended creatively, and cooking is no different.

Therefore,  this is a wonderful location to dine since the brothers incorporated their childhood experiences as the primary inspirations for their menu.

Mugaritz is a unique dining experience created by Chef Andoni Luis Aduriz. It was named the ninth greatest restaurant in the world in 2018.

Moreover, the restaurant has been labeled “the world’s most significant gourmet phenomenon in recent times” by the press.

Some examples of the delicacies on the menu include Scarlet shrimp with sweetcorn, A flavor of flowers and warm water, aged bone marrow mole leaves, and chorizo lettuce heart.

This restaurant provides three menus every year, each with about 20-courses, based on the best ingredients available during a specific season.

Since 2010, this two-Michelin-starred restaurant has been named the highest quality restaurant in the world four times.

Hence, it is considered the most expensive, costing $296 per person.

Therefore, reserving a seat is necessary if you want to enjoy the exquisite delicacies at Noma because this restaurant is frequently filled up months in advance.

The French Laundry has received three Michelin stars in the San Francisco Michelin Guide since 2006.

The laundry portion of the name comes from the fact that this restaurant is housed in a former steam laundry.

This restaurant provides two tasting menus, each with nine dishes which costs $310 per person.

Furthermore, the menu at this restaurant changes regularly since the meals are made using only seasonal ingredients accessible in the local region.

As a result, The French Laundry has earned tremendous appreciation from both guests and other professional chefs.

This restaurant is not only considered as one of the most costly in the world, but it is also routinely named among the best.

Daniel Humms’ food is mostly based on American classics with a contemporary touch.

Therefore, his most famous dish is his savory version of the New York cheesecake, which includes caviar.

Per Se was founded by Thomas Keller in February 2004 and was granted three stars in 2006 for “Exquisite Cuisine, worth the trip.”

The restaurant is also often regarded as the world’s most costly dining establishment.

There are 19 tables in the restaurant, and the views of Columbus Circle and Central Park are spectacular.

There are two tasting meals offered, each costing about $340 per person.

However, this restaurant also offers a third alternative, a five-course tasting menu for $195 per person.

Aragawa in Tokyo is widely regarded as one of the world’s most expensive steakhouses and is in 10th position of the World’s Most Expensive Restaurant.

Similarly, Aragawa, unlike many other high-end restaurants, has an a la carte instead of a tasting menu which means that the ultimate price of the lunch is entirely up to you; however, it generally ranges between $260 and $370 per person.

Therefore, this modest restaurant is actually housed in the basement of an office building. So, if you go there, keep in mind that you pay for the meal quality rather than the surroundings.

The tasting menu prices at these places vary somewhat, but you can expect to pay approximately $385 per head.

It gives guests a close-up view of the kitchen as they enjoy a tasting dish matched ideally with Krug Champagnes.

Aside from it, the restaurant offers various meals, including à la carte and tasting menu choices.

Alain Ducasse au Plaza Athenee is located in Paris and is regarded as one of the city’s most glamorous overnight choices.

This restaurant has one of the world’s most sophisticated and stylish dining rooms.

Visitors may enjoy exquisite tasting meals centered on vegetables and the sea beneath a massive dazzling chandelier dripping with Swarovski gems at costs ranging from $100 to $395.

Restaurant De L’Hôtel De Ville, with the three Michelin stars, is ranked sixth on our list of the World’s Most Expensive Restaurants.

This restaurant offers an eleven-course tasting menu for $415 per person.

Franck Giovanni, a famous chef, leads a team of outstanding cooks whose primary goal is to provide visitors with an exceptional dining experience.

Thus, La Liste has already named this restaurant one of the best in 2019.

Maison Pic is a five-star hotel and restaurant in the French town of Valence, Drôme, and has moved up to sixth place on our ranking of the World’s Most Expensive Restaurants.

The restaurant, approaching its 130th year in operation, serves a nine-course meal in gorgeous Mediterranean gardens.

This generational restaurant is now led by Sophie Pic, who is carrying on her family’s legacy.

Therefore, she is one of just a few female cooks who operates a three-star Michelin restaurant.

A lunch at Kyoto Kitcho Arashiyama costs around$450 without including gratuity or tax and is considered the most expensive restaurant globally.

Kunio Tokuoka, the current Chef of this restaurant, offers a 10-course tasting menu for lunch and dinner.

Furthermore, these menus showcase the finest ingredients and are presented to the customer in the most innovative way possible.

Also, there are presently six of these restaurants in Japan, with the one in Tokyo being the best, with three Michelin stars.

This restaurant is led by world-renowned chef Alain Ducasse and it, therefore, provides a five-course tasting menu that costs $480 per person.

Aside from cuisine, this restaurant features traditional aspects such as antique mirrors, contemporary works like water-inspired sculpture, and space-age chairs.

Masa is a Japanese and sushi restaurant located in New York, USA.

This restaurant is led by three Michelin-starred sushi chefs Masa Takayama, widely regarded as one of the world’s greatest sushi chefs.

This restaurant emphasizes the simplicity and core aromas of each ingredient.

As a result, one of the centerpieces of the tasting menu is the unusual seafood which is beautifully presented and costs $595.

In this second number of The Most expensive Restaurant In the world, we have Ultraviolet located in China (Shanghai).

This restaurant was opened in May 2012 by French chef Paul Pairet and the VOL Group.

In the restaurant, there is just one table that seats ten people.

You may anticipate between 10 and 20 sampling courses for your $900.

Each meal emphasizes a different component and therefore be presented to you in the most creative ways.

Read More: 20 Most Expensive Alcoholic Drinks In The World

Diners may enjoy a tasting menu of 20 dishes for the exorbitant price of $2,000.

This restaurant has just 12 tables; therefore, prior appointments are required.

Aside from that, it has 25 employees who are craftsmen specialists, cooks, illusionists, waiters, and a plate jockey.

Furthermore, the restaurant is only open during the summer in Spain, from June 1st to September 30th.

Asmita is a graduate student who completed her bachelor's from one of the reputed University in Nepal. She is an inquisitive person who enjoys learning about new and intriguing topics and writing about them.

16 Most Expensive Guitar of All Time

15 Most Expensive Laptop in the World 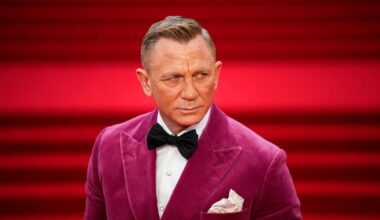 Read More
Entertainment is an ever-growing industry with the highest-paid actors. 2021 saw a huge recovery in box office returns…
TTop List
Richest Athletes in the World!!! Already retired or still playing, these athletes have garnered an impressive sum of…