Who do you think is Richest Actress in the World? If you love watching movies, this would be a common question.

Many talented actresses in cinema worldwide accrue more than the net worth of hundreds of millions and even billions.

Richest Actresses in the World in 2022.

Do you want to know who is the richest actress in the movie industry?

Let’s see the 30 richest actresses in the world with short biography along with their net worth.

Hollywood Actress Kaley Cuoco started her career as a model when she was 6 years old.

Likewise, she started her acting career in television shows at the age of seven in 1992.

Simirarly, before stepping in movies for the leading role, she has appeared in several movies in minor roles.

In the same way, Penny’s character in The Big Bang Theory is the most loved and appreciated one among others.

At the same time,  it is one of her best works. She received $1 million per episode.

Kaley Cuoconet’s worth is $100 million.

Amy Irving is popular for her role as Sue Snell from her debut movie Carrie.

Similarly, Amy Irving started her acting career as a Theater artist at the age of 17.

She is mainly popular for her movies although she has also been a part of many television shows.

She also studied acting at the London Academy of Music and Dramatic Art.

In the same way, She was  also part of the American Conservatory Theater

Actress Drew Barrymore is the fifth generation of the Barrymore family to step into Hollywood.

Likewise, All of her family members up to the fourth generation were Hollyhood actors and producers.

Julia Roberts is popular for her iconic role in Pretty Women, and she was among the highest-paid actors in the 1990s, having the most successful movies at the box office. 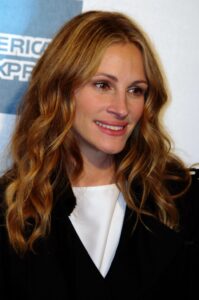 Similarly,  Julia Roberts is the first-ever Hollyhood actress to receive a Twenty Million salary for the movie Erin Brockovich.

Similarly, Forbes ranked Cameron Diaz as the 60th richest celebrity among the wealthiest 100 in 2010.

She is also an environmental activist and raises awareness on climate change.

The net worth of Cameron Diaz is $140 million.

Actress Frances Fisher is popular for her iconic and decisive role in Titanic.

She started her acting career as a theater artist.

Likewise, Frances Fisher has played strong, independent, and modern women in most of her movies and television series.

Frances Fisher has a net worth of $145 million.

She is also a popular actress from My Wife and Kids, What About Brian, and  Joan of Arcadia.

Similarly, Jessica Szohoris’s popularity began from Piranha 3D, one of the most successful movies of all time in the horror genre.

French actress Audrey Justine appeared first time in a television show at the age of 18.

Audrey Justine is famous for the role of Senay.

Similarly, The Da Vinci Code, Dirty Pretty Things, and Priceless are some of her most successful movies.

Moreover, she is among the few French actors to join the Academy of Motion Picture Arts.

Versatile Actress Courteney Cox is popular for her role as Monica Geller from the famous television show Friend.

Likewise, Friends is the fifth-highest watched series in television history.

Similarly, she is also an executive producer for the game show ‘Celebrity Name Game.’

Courtney Cox has a net worth of $150 million.

Sex and the City actress Sarah Jessica Parker is well known for playing the strong, independent women character in most movies and television series.

Simirarly, She is also famous for her comic character.

The actress owns a production house and creates content for HBO along with other popular channels.

Moreover, The net worth of  Sarah Jessica Parker is $150 million.

Mad Max actress Charlize Theron is one of the highest-paid actresses in Hollywood, with a net worth of $160 Million.

Likewise, Charlize Theron became the world’s seventh highest-paid actress in 2017. She made $10 million from each movie the same year.

In the same way, Charlize Theron won a modeling contest in 2016 in Italy.

Similarly, up to 18, she worked as a model in New York City.

In 2016 she was featured by Time magazine as one of the most influential people around the world.

Similarly, Menenghel shows are broadcasted in various languages, including Portuguese, English, and Spanish.

In the same way, she left her job at a publishing company then went for modeling at the age of 16.

Xuxa Meneghel’s net worth is $160 million.

Actress Angelina Jolie is one of the highest-paid actresses in Hollywood.

Similarly, Angelina Jolie started her movie career at 18 in a movie cyborg in the lead role.

Likewise,  Salt, Tom Rider, Mr. and Mrs. Smith, Maleficent, The Tourist, and Gone in 60 Seconds are some of Angelina Jolie’s successful movies at the box office.

In the same way,  Angelina Jolie is popular and best known for her iconic roles in Laura Croft, Mr. and Mrs. Smit.

Angelina Jolie’s net worth is $160 million.

Likewise,  She is one of the highest-paid actresses in Hollywood.

In the same way, Jennifer Lawrence’s movies are very successful at the box office, crossing over $5.7 billion worldwide.

An American singer Miley Cyrus is a songwriter and actress, who plays minor roles in movies and television series.

Similarly,  Miley Cyrus’s Plastic Hearts is one of her best-selling albums selling over Forty-five thousand copies in the United States alone.

Likewise, Forbes has featured her multiple times on the Celebrity 100 list.

In the same way,  Scarlett Johansson’s movie has grossed over $14.3 billion worldwide.

Scarlett Johansson’s net worth is $165 million.

An American Actress Demi Moore is better known as an influential figure for raising gender equality in equal salary for women in Hollywood.

Likewise, she was one of the highest-paid actresses during the 1980s and 1990s.

According to Art Pages, she was the first actress in Hollywood to make $10 million from as salary.

Moreover, Demi Moore has received 25 award nominations, winning 6 of them.

Likewise, when she was 21, Empire Magazine featured her as one of the sexiest movie stars of all time in 1995.

Similarly, She was also a successful Model of her time and has appeared on the cover of Vogue twice.

In the same way, Jane Fonda is popular for comic and romantic roles.

American Actress Reese Witherspoon is popular for her comic role in most of her movies.

Likewise, she began her career as a model at the age of 7 in flower ad.

In the same way, she has her own production house called Hello Sunshine, founded in 2000.

The net worth of Reese Witherspoon is $240 million.

Winner of An Academy Award, Nicole Kidman is Goodwill Ambassador of UNICEF and UNIFEM.

Similarly, she started her movie career at the age of 16 from Bush Christmas in 1983.

Likewise, The Golden Compass, Aquaman, Far Away are her most successful movies at the box office.

The net worth of an Oscar-winning actress is $250 million.

Multitalented Actress Julia Louis-Dreyfus is an American actor known for comic roles and has won six Emmy for her role in Veep.

Julia Louis-Dreyfus’s net worth is $250 million.

German-based American actress Sandra Bullock is a producer, singer, and voice teacher and is popular for her romantic comedies in most of her movies.

In 2010 and 2014,  Sandra Bullock was one of the highest-paid actresses in Hollywood.

Sandra Bullock’s net worth is $250 million.

The daughter of actors John Aniston and actress Nancy Dow, Jennifer Aniston is an American actress, producer, and businesswoman.

Likewise, Jennifer Aniston is famous for her work in Mac, whereas she is also the lead actress in the television series Friends.

In the same way, She is also one of the highest-paid actresses in Hollywood.

She also has a star in Hollywood walk of fame.

Jennifer Aniston’s net worth is $330 million.

In the same way, Dallas is one of the longest-running series in the history of a television show.

After leaving Hollywood, she established her business and focused completely on it.

The business makes about $1.5 billion in revenue each year.

American Actress Jessica Alba is a model and businesswoman popular for her role in the Fantastic Four.

In the same way, Jessica Alba started her acting career at the age of 13.

Similarly, The Killer Inside Me, Sin City, and  Entourage are Jessica Alba’s most successful movies according to  IMDB.

Jessica Alba’s net worth is $350 million.

Queen of Pop Cher is an American singer, actress, and television personality.

Similarly, Cher has sold about 100 Million records globally to date; therefore, she is one of the best-selling singers of all time in the Music Industry.

In the same way, Cher also has won the Academy Awards for the best actress from the movie Moonstruck.

On the Floor singer, Jennifer Lopez is an American Actor, Dancer, Producer, Fashion Designer, and songwriter.

Jennifer Lopez is the first Latina to receive one million for the movie.

Simirarly she is one of the highest-paid actors and singers.

Likewise,  Jennifer Lopez’s most iconic movies are Selena, Out of Sight, Shall We Dance, and Parker.

The net worth of the Olsen twins is $500 million.

Businesswoman Jami Gertz is an American Actor and investor who is one of the wealthiest women in America.

Similarly, Jami Gertz was first seen in the character Big Girl in On the Right Track.

Likewise, She has worked in more than 40 movies and television shows.

She is also popular for her comic character in most of her movies.

Jami Gertz’s net worth is $3 Billion.

Late Hollywood actor Dina Merrill is the richest actor of all time featuring in more than 20 movies during her career.

In the same way, Before Dina Merrill started her acting career as a theatre artist, and became a stage artist in 1945.

Similarly, from stage artist to movie actress, she became the most demanding actress during the 1950s.

Subsequently, she became a notable part of many movies and the television industries.

Her net worth was $ 5 Billion.

30 Most Valuable Pokemon Cards of All Time 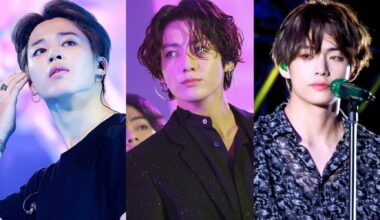 Read More
Handsome K-pop Idols!!! K-pop is a genre of South Korean music influenced by genres and styles from around…
TTop List
15 Most Expensive Pets In The World. Which is the most expensive pet you have ever had?  Let’s…